Please forgive me if this post seems a bit repetitive.  I believe one of us may have posted on something similar before but this idea has been on my mind quite a bit this week as a result of something I overheard one of my students say a few days ago as well as some of the things Mr. Walsh addressed in his week 7 post.

First I would like to point out the fact that I’m posting at all — see, lesson learned!

It seems like all of us Hagsaeng Naebu have been really into the practical side of martial arts lately.  At least I know I have.  This concept has been plaguing my mind and my thoughts with regards to martial arts have been consumed with it for the last several weeks.  I blame Fight Quest, the show that Master Pearson has had us watch a few times now and which some of us have continued to watch on our own.  This show is awesome!  But it is certainly to blame for my new obsession.  The premise is as follows; two young guys pursue their love of martial arts by traveling around the world and training in various traditional and modern methods.  At the end of five days the two are brought back together and required to fight against the country’s top competitors in whatever a traditional tournament looks like for that particular art.

It is a great show though which we, the audience, see Doug and Jimmy (the show’s combatants) subjected to grueling practice sessions.  Their egos are quelled as they wade through swamps, run for miles, get their butts kicked by men and women, practice repetitive and painful techniques, and crawl home, often to crappy accommodations, at the end of the day bruised and battered.  For the most part the show emphasizes the practical side of these arts.  After all, Doug and Jimmy are being taught how to survive in the upcoming tournament at the end of the week.  These tournaments are no small thing.  They hearken back to a time when these techniques were used for actual, literal survival; for war time and for street violence, in countries where these things are deeply embedded in the daily reality of existence.  Yet simultaneously the show is also riddled with culture and ceremony.  The traditional methods employed to train these men transcend the physical and often dabble in the spiritual.  For instance, in one episode Doug and Jimmy are visiting Thailand.  While Jimmy stays in the city and trains with an expert at a more modern gym, Doug is taken out to the countryside to train at the home school of his instructor.  In addition to learning how to fight, Doug is also instructed in a ceremonial dance which he must practice daily prior to busting out the pads.  To the instructor, this aesthetic aspect of his fighting system is of equal importance to the practical, bone crushing techniques that he teaches.

There is another episode of this program which I found to particularly meaningful.  Halfway through the season, Doug and Jimmy travel to Israel to train the system of Krav Maga – notice I say system here and not art.  Now I have a lot of personal connections to both the land and the state of Israel, having lived there for some time and deeply understanding the complexities of life in this war torn nation.  I was really excited to watch the episode and I was not disappointed!  It was fantastic and it makes Israelis look even more bad ass and amazing then I already knew that they were.  Even Doug and Jimmy admit that this was by far the hardest training they had been through – and this after they had visited the Philippines, China, Japan, and several other nations more closely associated with martial arts.  Unfortunately I don’t know enough about Krav Maga in order to comment authentically about its methods but I can tell you that it is intense.  From day 1 the guys were getting demolished.  Doug, who was working out with one of the scariest women I have certainly ever seen in the martial arts world, gets an elbow to his face after making a critical mistake in this practical art – and he had only been on the training floor for like five minutes. His comment to the camera -“I think I feel a piece of my tooth floating around in my mouth!”  One of the things which sets this warrior tradition (to use Walsh’s phrase which I like) apart is that it specifically targets areas that are considered off limits in other traditions – the face, the crotch, the back of the neck for example – now that’s practical by all definitions!

In the episode’s final bout, Doug and Jimmy face the same men with whom they had been training for the last five days.  Jimmy’s crew was there when he suffered a terrible injury to the top of his thigh.  Instead of laying off of that leg, his opponents use it against him, attacking him over and over in the same place in order to subdue him – again, extremely practical.  For all its intensity and practicality however as a deadly warrior tradition, I’m not entirely sure that it can be considered an art.  It was developed in the 40’s as Israel was fighting for its independence then immediately afterward for its right to exist amongst unfriendly neighbors, and it continues to be taught today to both the military and civilians, but mainly to the military.  In other words it is taught to young men and women who need it to protect themselves and their country and it is taught in a very limited framework – probably in less than 6 months time and amidst all the other skills that a solider must possess in that country (how to use a rifle, knowledge of explosives, etc.).  Though I am sure that there is an aesthetic and spiritual side to Krav Maga (maybe it is more prevalent in that which is taught to civilians) it doesn’t seem like this occupies a good portion of its instruction nor is it what it is known for world wide.

I guess what I’m trying to say, although I’m doing a poor job of it, is that in Hagsaeng Naebu we are striving to practice martial arts. Those two words go together hand in hand and it is and has to be a holistic experience.  Given my new interest in this physically intense practical side of training, I think I’d do well to continually remind myself of this fact.  Ultimately our goal as martial artists must be to improve the world and better ourselves and humanity somehow and I believe this is to be found in the art rather than in the martial. 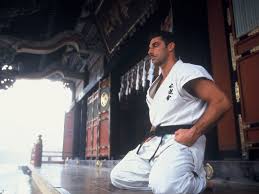 From the perspective of an instructor I view this issue slightly differently although I come to same conclusions.  I asked myself after our last meeting with Master Pearson, why is it that I’m only learning this stuff now, why is it that this intense sort of training that I’ve always longed for is only coming my way now? Especially in light of some upcoming life changes which I’m praying will not effect my status as a Hagsaeng Naebu and make this a short lived rather than long term dream come true.  I think it is because there has not been a group of people large enough who are able to commit the time necessary for an experience such as this until now.  Think about the average student, or better yet, think about even the above average student – the kid who’s really dedicated to your program and your classes.  Even in a best case scenario you only get these students for up to five or six hours a week, and that’s really pushing it.  Therefore, given the average life span of a martial arts student you may only be able to reach him or her for an approximate maximum of 1300 hours total!  That’s like nothing! In terms of martial arts practice, that’s a blink of an eye.  Even the best instructor in the world cannot convey everything to a student in 1300 hours (compare that to how long a child spends in regular school throughout his life). As teachers of these warrior traditions, we are forced by the constraints of modern society to pick and choose what it is we will impart to our students and in so doing we decide what kinds of martial artists our student will be.  This is an unfortunate but unchanging fact – only in our dream world would every single student want to be a hagsaeng naebu (and we couldn’t accommodate them even if they did!).  In an effort to expose his students to the art (which I believe is both essential and desirable given the goal I stated above), the instructor must come to terms with the fact that he may not develop his students into the ever-practical physical warrior.