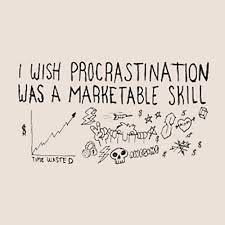 As you’ve probably read by now, today we had our 12 hour class.

It was fantastic though somewhat physically demanding (for me at least as I got to play guinea pig for much of the nighttime classes and found myself on the ground in a wrist lock or being choked more then I was standing!). When I got home after the class (like an hour and half ago) I immediately crashed on the couch. I woke up about 6 minutes ago and wanted to move into my bed when I realized that I still hadn’t done this week’s post. My initial instinct was screw it, I’m exhausted, but then I remembered what happened last time (aha, self-reprimand strikes again!) I didn’t complete the assignment.  I really don’t want to suffer the consequences that another missed post would bring (mostly because it excludes you from future hagsaeng naebu events) so I dragged myself up to the computer in order to write a bit.  God help me to finish this post before midnight (that’s in 5 minutes BTW).

This month’s meeting was great!  First of all it was awesome to have a full crew again and it was really nice to have Mr. Walsh back on the training floor.

It was a really long day and I can’t even remember everything that we did – it was quite a bit of information and I got hit in the head a lot throughout the day so some of it has left me! We did however spend a significant part of the day nurishing our growing interest in practical techniques.  This time we worked with a few major notions of self defense.  The first was footwork…this was really interesting.  It was quite easy to do the footwork we had practiced solo but then we tried it with a partner and while incorporating various hand techniques, takedowns, joint locks, etc.  It became infinitely more difficult when this was introduced…

shoot– just saw the clock turn to midnight!  Pray for me!!!

The exercises did point out, however,  how important proper footwork is.  While there is certainly more flexibility from a self defense perspective to this than say blocking or deflecting, the proper footwork can certainly make or break an effective technique…one step off and you’re no longer in the right place to execute a decent throw or to follow a block with nice elbow to the throat. A second major point we discussed was the power of distraction as an attacker or a defender.  Moving one hand fast than the other for instance, or attacking multiple points on the body so as to confuse the conscious mind are two of the effective means we learned.  We also simply learned some sweeeeeeet combinations to totally disorient and render an opponent useless.  I was happy for the opportunity to play uke (is there a korean equivalent of this term??).  In more recent years I have savored those opportunities and really used them to learn subtle things that Master Pearson doesn’t always verbalize…the placement of a hand, or the exact rotation of his body, or the insertion of a pressure point into the technique…all things you can only learn if you can feel the technique.  When I was younger, I used think that being demonstrated though it was really cool and fun (and usually memorable) but it was also something you did so that others could learn – a sort of “self sacrifice” I suppose for the betterment of your classmates. As I’ve grown up and started thinking about techniques differently I’ve realized how important this time is for my own benefit as well.  I really try to make the most of it…by which I mean that I really try to hit Master Pearson (or kick or grab or whatever).  And I don’t mean that in an offensive or disrespectful way at all (of course I would certainly feel awful if in some really bizarre twilight zone kind of turn of events I actually was able to hit him!).  But I’ve found that his technique is most educative when he’s really going at full speed and full strength (okay let’s be honest he must not actually do full speed and strength because I’d be dead but you get the idea!).  So I really learned quite a bit from being pummeled for a few hours this afternoon and evening and for that I’m very grateful!

We also spent an hour or so discussing some interesting points about martial arts etiquette and manners.  This has always been a tough one for me so I found the conversation obviously intriguing.  Master Pearson pointed out some often under appreciated aspects of our kwan’s creed and principles.  One such principle was that of self-reprimand.  In other words, students of martial arts should be managing themselves and their discipline and development by consciously though silently reminding themselves whenever they have an ill thought or action towards their instructor, a fellow classmate, or really any other human being.  This is a great concept in theory – I do it quite often – it should prevent the student from making the same mistake again or from having another similar thought and thus aide his or her overall development as a martial artist and a person.  For some reason it’s the recurring piece that always gets me – I just can’t seem to figure that one out.

At any rate, despite (or perhaps because of) the serious physical nature of our meeting,  it was a fantastic seminar.  Thank you again to Master Pearson for teaching, particularly on a Sunday, particularly when you have to be up early on Monday!  We learned a lot, had delicious meals yet again, and enjoyed one another’s company (thus making the tomorrow’s soreness and bruises worth it ten times over)!

Sorry about the lateness of my post.  I’d love to say it won’t happen again (let’s just hope I can scrape by with just another warning!).

P.S. an update — I did in fact not get in trouble after all for the the post being submitted late.  Master Pearson, your compassion is ever growing!